Dismantling Implicit Bias in the Brain 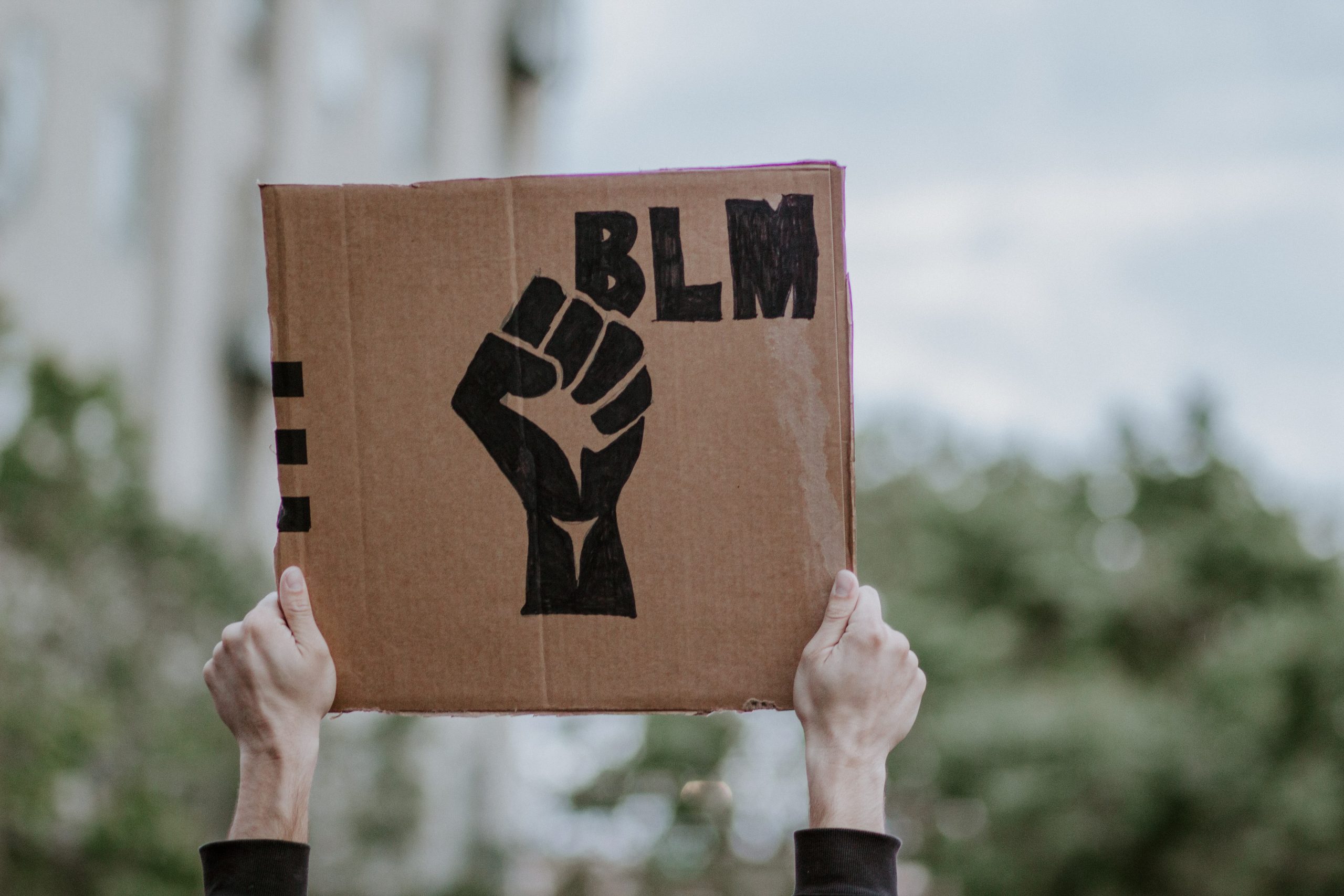 In the wake of the disturbing murder of George Floyd and the Black Lives Matter protests, what have you been feeling on the subject of racism?

Your answer likely depends on what race you are. (Note: as a white American, I’m going to speak about that experience.)

If you’re white, your feelings might include anger, guilt, fear, shame, confusion, anxiety, and helplessness. None of these are comfortable feelings to have.

But there are also ways that white people can try to protect themselves from the uncomfortable feelings. Some might have ideas that tend to deny, deflect or otherwise minimize the underlying issues – perhaps even without realizing the defense mechanisms at play.

If we stick with ideas like these, we don’t have to look at the actual root of the problem and feel the pain and difficulty that go along with that. We don’t have to do anything about it either. And so the system doesn’t change.

Now is a real opportunity for white people to finally understand that, given the systems into which we were born and raised, our brains and nervous systems can’t not be operating with implicit bias.

But by facing the discomfort and growing our awareness, we can begin to shift neural patterns and start to dismantle implicit bias in our brains which can ultimately dismantle the system.

Effects of a biased system

We are not born with bias. But the brain is shaped by experiences that take place within a biased system, so we can’t really avoid implicit bias. (As Dan Siegel says, “Where attention goes, neural firing flows and neural connection grows.”)

In American, whites are born into a myriad of systems that for 400 years have protected and aided us and either ignored or actively oppressed people of color. We may not have chosen the systems, but we can’t escape their effects.

I grew up in a white middle-class suburb. I was surrounded by white kids, parents, teachers, authority figures and police. There were a few black or mixed race kids in school, but I didn’t know them well, and I never talked to them about their experiences.

I don’t remember being aware of systemic racial bias, and yet it was all around me. Take American history and my education, for instance. Why don’t I remember fully understanding our horrific history of slavery?

If I had fully understood that we kidnapped human beings from their homeland, ripped apart their families, chained them to the bottom of a ship for a harrowing trip across the Atlantic during which many died, then forced, beat and sometimes raped survivors into submission to serve white farmers and families, I don’t think I could have forgotten that.

Instead, I remember learning from a textbook about the triangular Atlantic trade of money, slaves and goods between Africa, Europe and North America. Easy enough to move on from that, if I don’t have to think about the inhumanity of it.

Or maybe as a self-absorbed teenager, I just didn’t let myself “go there,” but no one led me there either.

I don’t remember learning about the details that today cause me to feel anger, horror, disgust, and shame.

I also did not understand what it was like to be a black person walking down the street, shopping in a store, or applying for a job or loan.

I did not understand the ways in which I was told (explicitly and implicitly) by television, movies, news and media, that America was really about a white America, or that I should be more afraid of a black man than a white man when walking down the street.

Bias gets “baked in”

If we’re not aware of systemic bias, we become part of it.

Racism is like a secret ingredient that gets “baked in” to the system(s) in which we are a part. We didn’t add it to the bake. We didn’t see it in the ingredients list. But we’re eating it nonetheless.

By virtue of living in the system, unless we consciously reject it, bias gets baked into our thoughts and experiences all of which create neural patterns in our brains (i.e., implicit bias).

Emotions, the brain and implicit bias

Every prior experience or thought we’ve had has created neural patterns in the brain that get stored and used to understand current experience. And so experiences of a biased system are also stored in and used by the brain.

The brain uses a mix of data to interpret our current experience and predict what is going to happen in order to keep us safe and our energy in balance. It sorts through external stimuli, such as what it sees and hears externally, as well as what it internal stimuli such as what is happening with the heart rate and breathing.

Feelings are also part of this prediction process and are constantly guiding our behavior and decisions. (For more on the inextricable link between emotions and decisions, click here.)

Neuroscientist Antonio Damasio found that feelings arise when we connect meaning to changes in the body and brain. As the brain processes something that it sees or hears and becomes aware of the body’s automatic reactions, it makes meaning of the data, or interprets it, by connecting to pre-existing “neural maps” that exist from prior experiences and processing.

Lisa Feldman Barrett’s recent research essentially confirms this process of creating emotion. The brain becomes aware of generalized feeling states (e.g., pleasant or unpleasant) that arise from physical sensations in the body. It then scans for pre-existing ideas or “concepts” (like Damasio’s neural maps) that help us to categorize the information and interpret, or give meaning to, the generalized feelings. (Click this post for more on how the brain makes emotions.)

Our brains are not a blank slate. Rather, to better understand the data it is currently processing and to predict what’s coming next, the brain uses prior experiences or neural maps. And these prior experiences or maps have arisen from, or occurred within, a culture that is systemically biased.

Each time we’re exposed to a racist thought, photo or story – unless we recognize the racism and choose to reject it – that becomes part of our experience. These experiences create neural maps or concepts in the brain that we will continue to use for interpretation and prediction unless we become aware of them and choose not to follow them.

Consider a white person who grows up in a sheltered white suburb, with limited personal experience with people of color, while also experiencing news and media that predominantly depict people of color as lazy, poor, violent, criminal, or otherwise less-than white people.

What might happen in that white person’s brain and nervous system when coming across an unknown person of color on the street or in a park? That brain might process an uneasy feeling in the body that links with systemically-biased concepts about a similar-looking person of color; this gets interpreted as nervousness or fear and results in fear-based behavior.

This is how, regardless of an African American’s circumstances or status, a white person can make false predictions about that person based on race and pre-existing patterns of implicit bias in the brain.

Dismantling implicit bias in the brain

Most of us are late to class, but we can learn fast – so let’s get started!

With conscious awareness, we stop automatically following the neural connections that create implicit bias by linking unconscious feelings and with biased neural maps.

Changing our neural patterns won’t happen overnight, but we have the power to do it.

Here are a few steps to start:

(1) Accept that we have been living in a racially biased system, and that can’t help but show up in our brains. We can’t change what we first don’t accept.

(2) Increase our understanding of the many ways that racial bias has existed and persisted in America since the beginning. Educate ourselves about our painful history, from slavery to our treatment of Native Americans, to Jim Crow, segregation and civil rights, George Floyd and much more. (A moving timeline of our 400 years of inequality that I experienced in person last year is available here as a download.)

Listen, read, watch and learn about the experiences and perspectives of people of color. (Here’s a list of some great films on racial and social justice, some of which are currently available for free. I recently watched and recommend I Am Not Your Negro.)

(3) As we expand our understanding, feel the discomfort of all that has happened and continues to happen. If we continue to turn away from it, we allow it to continue.

(5) Take responsibility for dismantling the bias in your brain, and you will no longer perpetuate the system but become part of the change.

What are your thoughts? Share below, and let’s be part of the change.

← Tips for Taming Impatience When Planning is Impossible →