Why We Sometimes Make A Bad Decision 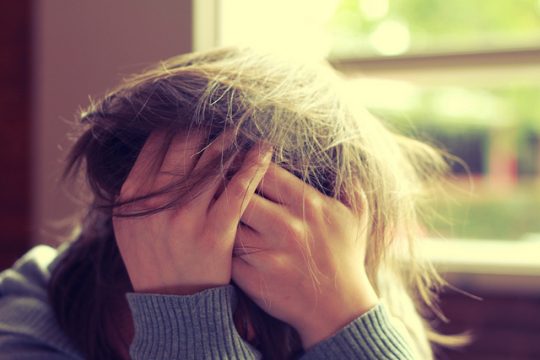 When a good decision is out of your reach

Sometimes we are bound to make bad choices. Understanding the role that stress plays at these times can ease the burden of the past and arm us for better decisions in the future.

Have you ever noticed that when you are under a good deal of stress, you often either can’t seem to make a decision, or you make a decision that is uncharacteristic, reactive, or just dumb?

One under-estimated effect of acute stress is poor decision-making.

I know the unfortunate effects of this problem. A week after my father passed away after a long and painful struggle with Alzheimer’s, I let my four-year-old daughter go down a hill on her bike. I watched as she crashed and fell onto her face. Her face and limbs bloody and full of gravel, I washed her as best I could while she screamed, then brought her to urgent care.

A couple days later, still grieving for my dad and worried about my daughter’s face, I made some uncharacteristic decisions about her medical care. I brought her to a doctor without too much vetting, except that he was referred by staff at her pediatrician’s office and available. Unable to register warning signs about his competence and care for a 4-year-old, I froze as he pulled the derma-glue seal off her nose which opened her wound and resulted in a permanent scar.

That stressful event and the decisions involved – I let her go down the hill and then took her to the wrong doctor – haunted me for a long time.

I’m not the only one. I also hear from clients who struggle to make good decisions when they are stressed, or who feel the burden of a past decision made under stress. Unfortunately, the problem becomes compounded by the regret and criticism we often heap on ourselves afterwards when in fact, what is really called for is self-compassion.

Because guess what? There’s a reason you weren’t thinking properly.

It’s not you, it’s your brain

What if I told you a bad decision you made wasn’t really your fault? If you were under significant stress at the time, your brain functioning was hampered such that a well-reasoned decision was simply out of your reach.

That’s right. Scientific research has shown that the brain’s pre-frontal cortex, which is in charge of our highest brain functioning including planning and decision-making, cannot fully operate in the presence of stress hormones. Instead, our more primitive brain functioning takes over under stress so that we are more likely to follow force of habit or impulse than to consider all sides of a decision.

A study published in a journal of the Association for Psychological Science helps to explain this further. This research found that stress causes people to pay more attention to positive information and less to negative. So when faced with a difficult decision under stress, we are going to give more weight to possible upsides than downsides. We might even ignore negative input in favor of the positive.

And when we aren’t capable of considering all sides equally, we are much more likely to make a bad decision.

The same study also helped explain why when we are stressed, we are more likely to follow an impulse for a short-term reward, such as satisfying a craving, over a longterm goal. Because stress causes us to focus more on the positive side of things, the immediate pleasure of eating a piece of cake, for example, will trump a more distant goal of losing weight.

So if you are beating yourself up over a past bad decision, stop. Likely you were under stress at the time. Either way, while there’s always something to learn from a bad decision, there’s no point in berating yourself for it later. And if you are working on a longterm goal, you will see more success if you address your stress first!

Better choices in the future

How can we make better choices in the future? As the research makes clear, we need to try to keep full use of our brain’s executive function by reducing stress.

4 Tips For Next Time

Can you give yourself a break for a past decision gone awry? Have you recently been under stress and noticed difficulty around your choices? And if you found this post helpful, make an easy choice to pass it on via one of the friendly icons below.