7 Tips for Handling the Inner Critic 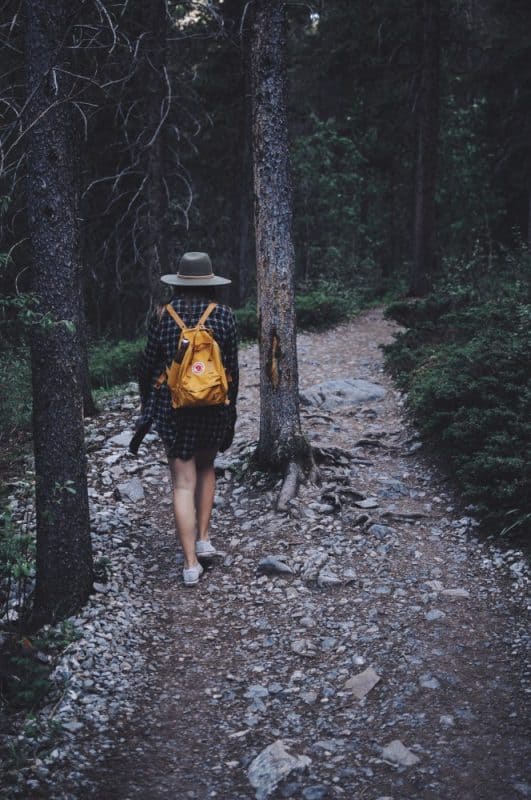 Changing the well-worn path of the inner critic

Let’s face it: we are often our own worst critic.

Whether the internal voice questions your ability, compares you to others and thinks you come up short, tells you that you’re not good enough or you should’ve done better – it’s not so much about the exact message we hear as it is about the role this critic plays.

The inner critic cuts you down or keeps you from being satisfied with what you have, what you’ve done, and even who you are.

The voice is usually familiar because it’s been there awhile. And it’s usually much harsher than another person would be. In fact, if your inner critic were a friend, you’d probably stop hanging out with her.

If you notice your own critical thoughts, you’re likely aware of a pattern. You might notice that they come up in similar circumstances, such as in comparison to others.

You might notice that the thoughts themselves are repetitive, which they are because they are habitual.

The original thought pattern was created a long time ago. (In therapy, one might explore the origin of the thought, but in coaching, the focus is on changing the pattern now.) But without awareness of the pattern, the critical thought arises again and we follow it as if it were based on a new thought.

The neural pattern is like a well-worn path in the woods, and we’re much more likely to return to the same path than to create a new one through the thicket.

There’s no new thinking or evidence that forms the thought, because it’s simply playing back the pattern – like a record that keeps skipping.

Sometimes we don’t even realize when we are the critic. Instead, the criticism or judgment might be projected onto others.

This is when we find ourselves making assumptions about what other people are thinking of us. We interpret a glance or the lack of a response to a message as a judgment by someone else.

You don’t get a reply text or phone call, and suddenly you’re making up a story about why they haven’t replied: they don’t like me; they’re mad at me; they don’t think I’m good enough…. We’ve all done it.

Or we might assume a negative judgment by a whole group of people.

Recently, author Jennifer Weiner wrote an Op-Ed about this very problem, aptly called The Snobs and Me. Weiner, a Princeton grad, writes books that fall into the category of “chick lit.” And while many would describe her as successful, she feared being judged at a Princeton reunion as less than a serious author – an ivy-league disappointment.

But after Weiner finally attended a reunion, she wrote, “The overall pleasant evening has led to the painful realization that I’ve spent 15 years insisting that books like mine deserve a place on the shelf, and maybe I don’t entirely believe it myself.”

Maybe her problem, as Weiner confessed, is her own inability to claim and believe that her own work matters.

Weiner ended her piece with a perfect illustration of the problem of our own critical judgments and assumptions. At the close of her reunion, a classmate approached Weiner about seeing her books in the airport. Weiner had braced herself for the ensuing disapproval, but was forced to look at her own judgment when instead, the classmate expressed pride in knowing her.

7 steps to quieting the inner critic

The good news is two-fold: (1) perhaps the only person thinking badly about you is you; and (2) it’s never too late to change your thoughts.

Neuroscience has shown us that no matter your age, you have the power to create a new mental pathway or groove.

In order to turn the automatic thoughts around, you need to put your brain to work.

Here are 7 steps to turning it around:

1. Start with awareness. Begin to pay attention to the ways in which you judge yourself or make negative assumptions about what others think. When they come up, stop and notice them.

2. Label the habit or pattern. It’s helpful to have some language to attach to the awareness. Is there a label, a name, or some words to describe the voice? Humor can help here. For instance, Judge Judy, Katie Critic, Annoying Friend, Habitual Hazard – whatever works for you.

3. Don’t beat yourself up for having the thought. You wouldn’t beat your child for running after a ball in the road, would you? A child is just following a thought to get the ball without taking in other evidence. It’s like that when you follow your automatic thoughts. There’s no real choice involved. So forget the punishment, and focus on re-training the brain.

4. Explore it. Get curious about it, both externally and internally. First, consider the actual evidence. What do you actually know to be true? Then, consider what might be behind your thought or judgment. What is the real belief underlying the thought? And what, if anything, is true about it? For instance, it may be true that you don’t have faith in yourself, that you’re jealous of someone or something, that you need more courage, etc. Then you know what you’re actually dealing with, and it’s most likely something that you yourself can change.

5. Replace the thought with an opposite or positive statement. For instance, if the familiar thought is that someone is rejecting you, replace that by telling yourself that you are a great person – or in Weiner’s case, an accomplished and successful author. Recognize that  you’re assuming rejection out of mental habit. If it feels too inauthentic to say the opposite thought, try it as an inquiry. For example: “What if the truth is that I am a great person, and I’m making a false assumption about what’s happening?”

6. Couple it with an external action. The more senses you can involve in creating a new neural pathway, the stronger the pathway and the more receptive the brain will be. So try to couple the new thought with something like a smile, a gesture, or a breath, and the mental groove will be stronger.

7. Be open to positive evidence. Start paying greater attention to the compliments and positive feedback you get, because they do matter. And when you’re open to hearing it, you might notice that you get more than your habitual thoughts told you, and actually begin to believe it yourself.

What’s your strongest critic up to these days? Share your thoughts below, or if you know anyone who might appreciate this post, please pass it along via one of the icons below.

Photo by Ezra Jeffrey at unsplash.com.